The use of the Infrared pass filter (pass wavelength above 742nm)  allowed to pass through the turbulence. Not only the image was much more stable but showed also improved contrast (compared to a regular Infrared Cut filter).

Even if the IR pass filter reduces luminosity, the moon is such a bright object that each frame integration time is still small (1/10 second by frame for this picture – about 1,000 stacked frames ).

I wish my DMK camera sensor would be larger than its 1/4″ size. It is perfect for planetary imaging but the field of view is too small for the moon! 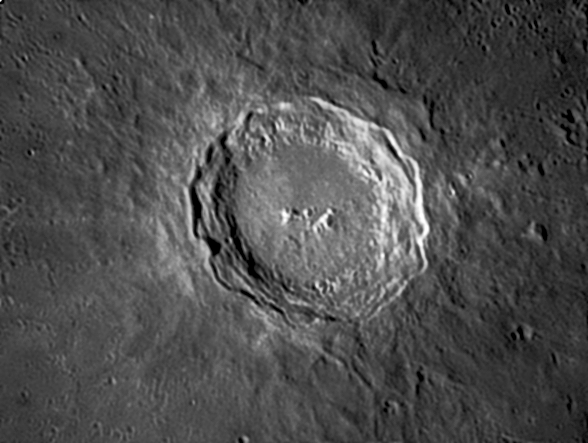 Moon pictures, and considerations about collimation…

I took a couple of pictures of the Moon with my Celestron 9″1/4 schmidt-cassegrain and was quite satisfied with the result, compared to other pictures taken later in November.

Pictures taken on 2/1/2009 by 8.30 PM PST, with Orion Startshoot solar system imager II, and processed with Registax and Painshop Pro. 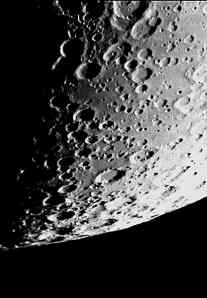 Check the very comprehensive page of Thierry Legault on the impact of collimation on image quality.

I recently bought Bob’s knobs collimation thumbscrews, and it allows me to quickly collimate my SCT (looking in the eyepiece and at the same time moving the screws to achieve collimation…).