For Flat fields I use an electroluminescent panel from Glowhut.  This is by far the best way I found to take flats that “work” in a consistent way.

This is my second try at this with the same set up. I got much better results this time…. Even though it is taken from my backyard where usually magnitude 3 stars are barely seen. Transparency was a little bit better than usual  – I would say between 3/6 and 4/6 (magnitude 3.5 stars seen at best) and M8 was quite low (below 30 deg.) so imaging was still a challenge!

Also this time I made sure the astrotrac polar scope had a centered reticule for better polar alignment.

But this time I also  used an “X-Tend a Sight mount” from Photosolve along with an Orion EZ Finder.  It really helps to find and approximatively center the objects in the canon 200mm field of view since seeing stars through the Canon XTi is almost impossible. Then I take a short shot and re-center the object.

In addition I used a Bahtinov mask as a focus help. Focusing the Canon 200mm open at f/d 3.5 is really hard: in a fraction of a turn stars get out of focus. I found the mask to be of some help in getting more consistent results (even though you do not obtain the usual diffraction patterns you observe when focusing a telescope with the mask). 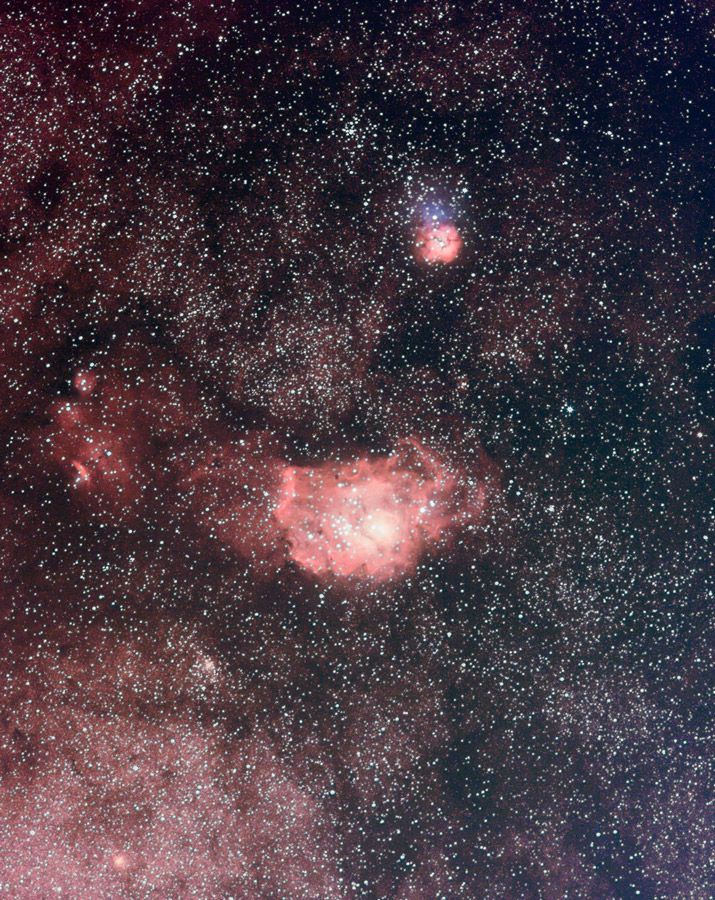 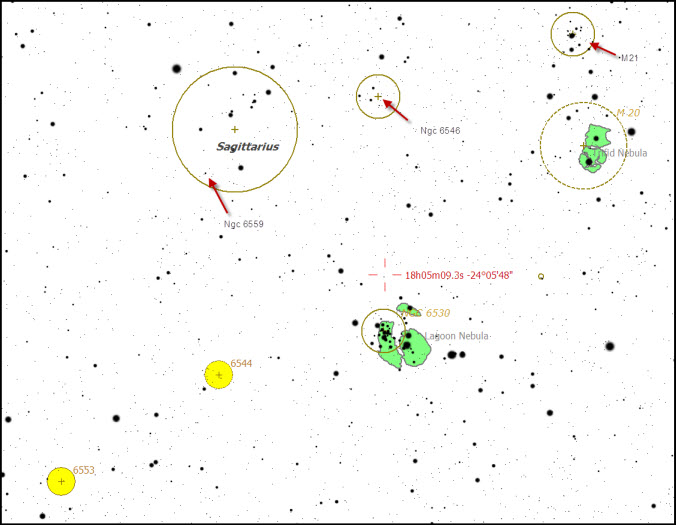 This entry was posted on August 7, 2010, 6:13 pm and is filed under Articles, Astrophotography, Deep sky objects, Wide Field and Telephoto. You can follow any responses to this entry through RSS 2.0. You can leave a response, or trackback from your own site.