I had for some time the Orion 102ED premium refractor – and I was not able to find any ready made solar filter in the market to fit this scope including at the Orion’s stores.

I followed the instruction posted on the Baader planetarium web site. I was very pleased with the result – the visual observation exceeds whatever I saw with glass filters on same or larger scopes and this for one fourth of the price I paid for glass filters!! .  I had also extra film left to build filters for my guide scope and finder scope. 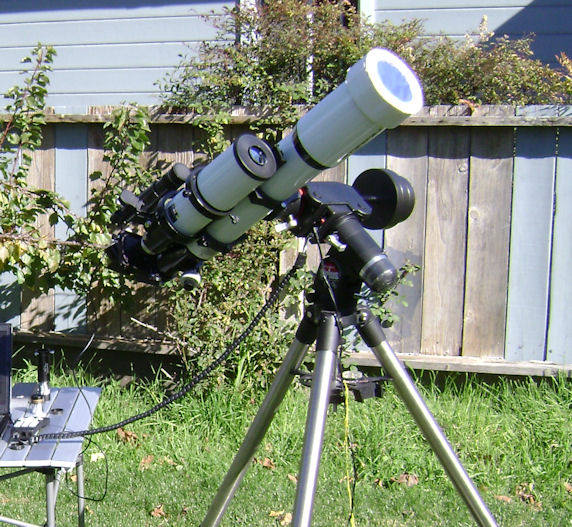 This entry was posted on November 20, 2008, 5:38 am and is filed under Do it yourself. You can follow any responses to this entry through RSS 2.0. You can leave a response, or trackback from your own site.